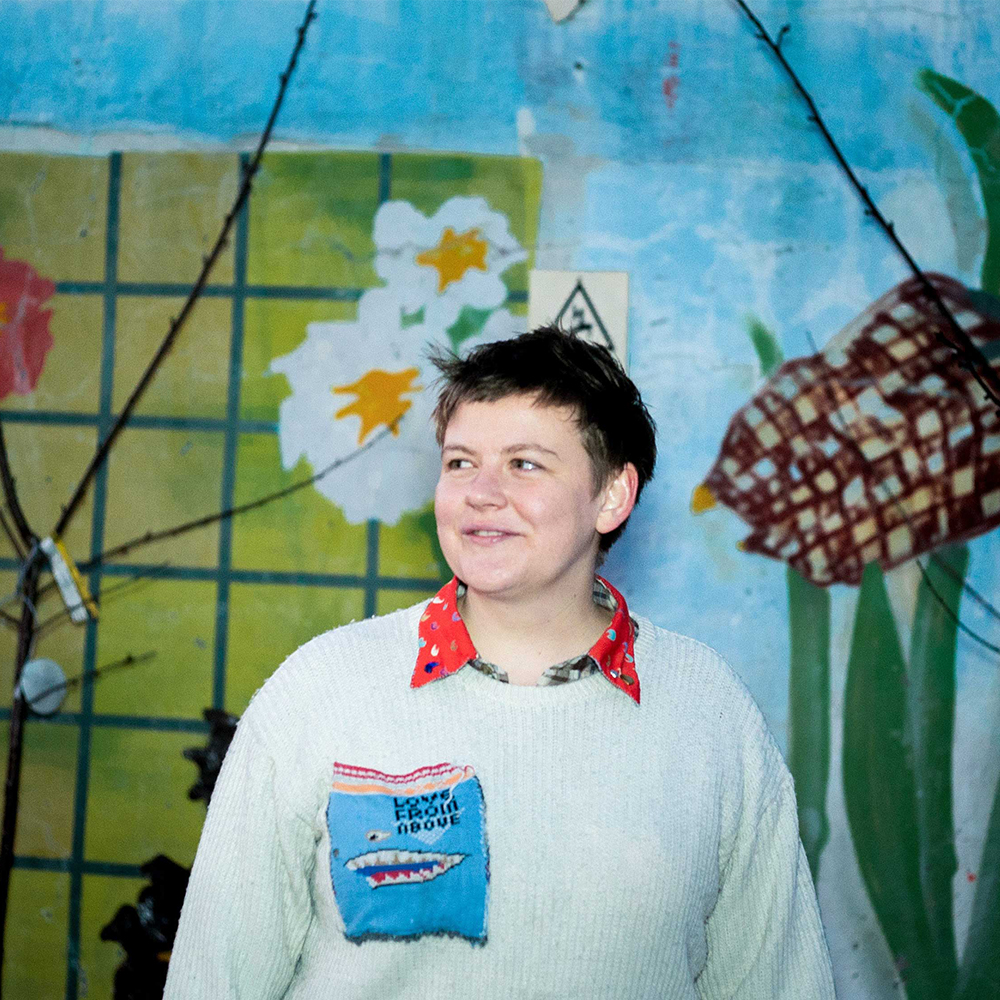 Faith Eliott (who uses the pronouns they & them) grew up in Minneapolis, MN and relocated with their family to Scotland aged 13. After moving to Edinburgh in 2006, they quickly became immersed in the city’s DIY music and visual arts scene.

Faith pursued a variety of different visual media, including puppetry and animation until eventually attending Edinburgh College of Art to study Sculpture. During this time, Faith also sang with an assortment of different bands and alternative folk outfits, but it wasn’t until graduating in 2014 that they decided to pick up the guitar and pursue their own songwriting.

Faith’s first EP Insects was released on Song By Toad Records in 2016. It was received to critical acclaim, played on BBC 6 Music, and the single ‘Pyrite Ammonite’ was included on Steve Lamacq’s ‘BBC Recommends’ playlist.