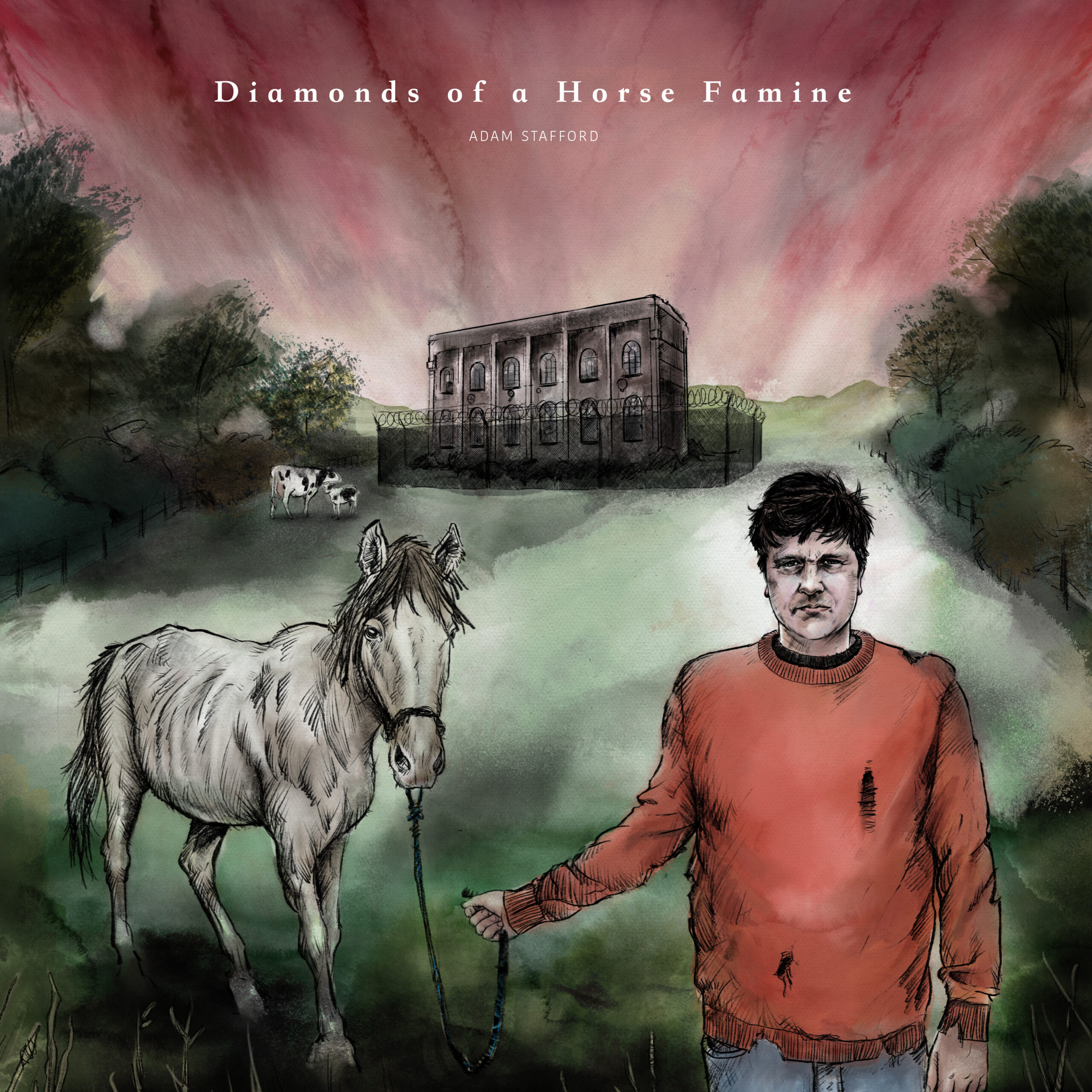 Empty oil tankers. A haunted sponge cake factory. A housing estate on the edge of an industrial wasteland. Adam Stafford‘s memories of his childhood home in Falkirk could easily be the premise of a coming-of-age horror movie, or a setting for a Celtic noir drama. Such cinematic perspective is perhaps not entirely surprising for an artist whose very first film picked up no fewer than seven major accolades, including two Oscar-qualifying festival awards and two Scottish BAFTA nominations.
To date` Adam Stafford‘s amassed an impressive body of work in both music and cinema. His numerous achievements include a Scottish Album of the Year-nominated solo album Imaginary Walls Collapse, video direction of The Twilight Sad‘s ‘Seven Years of Letter’ and an experimental tape-collage Miniature Porcelain Horse Emporium. Famed for his mesmerising performances on stage, he’s played alongside Warpaint, The Twilight Sad, Norman Blake, King Creosote and Ela Orleans.